What’s In a Bottle? 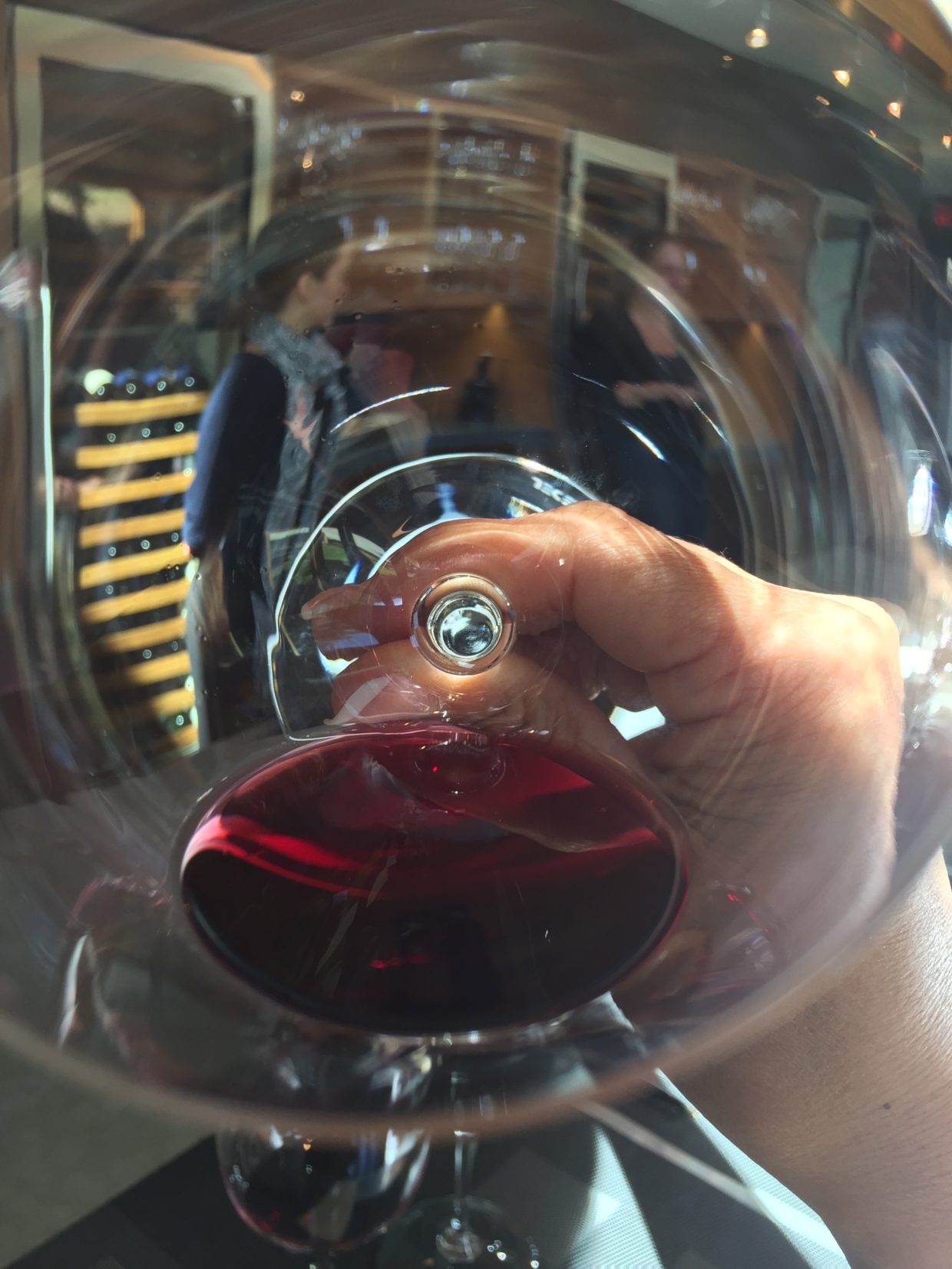 We are on our way back to Paso for our annual wine pick up party…or should I say parties. It goes without saying that “what’s in a bottle,” if not, is the ultimate end result and the celebratory part of the wine making process that consumes the creative part of our brains. It was during harvest that we had the special privilege of de-steming one full pallet of grapes (one of thirty-two that day) with one of our favorite winemakers. It was that very experience that made us appreciate what’s in a bottle, in every bottle.

Whether the wine is aging in tanks or barrels, tests are run periodically in a laboratory to check the status of the wine. Common tests include °Brix, pH, titratable acidity, residual sugar, free or available sulfur, total sulfur, volatile acidity and percent alcohol. Additional tests include those for the crystallization of cream of tartar (potassium hydrogen tartrate) and the precipitation of heat unstable protein; this last test is limited to white wines. These tests may be performed throughout the making of the wine as well as prior to bottling. In response to the results of these tests, a winemaker can decide on appropriate remedial action, for example the addition of more sulfur dioxide. Sensory tests will also be performed and again in response to these a winemaker may take remedial action such as the addition of a protein to soften the taste of the wine.

Brix is one measure of the soluble solids in the grape juice and represents not only the sugars but also includes many other soluble substances such as salts, acids and tannins, sometimes called Total Soluble Solids (TSS).

Because sugar is the dominant compound in grape juice, these units are effectively a measure of sugar level. The level of sugar in the grapes determines the final alcohol content of the wine as well as indirect index of grape maturity. Brix (Bx for short) is measured in grams per hundred grams of solution, so 20 Bx means that 100 grams of juice contains 20gm of dissolved compounds. There are other common measures of sugar content of grapes, Specific gravity, Oechsle (Germany) and Beaume (France). In the French Baumé (Be° or Bé° for short) one Be° corresponds approximately to one percent alcohol. One Be° is equal to 1.8 Brix, that is 1.8 grams of sugar per one hundred grams. Therefore, to achieve one percent alcohol the winemaker adds 1.8 grams per 100 ml or 18 grams per liter — a practice known as chaptalization, which is illegal in some countries and in California.

Brix is usually measured with a refractometer while the other methods use a hydrometer. Generally, hydrometers are a cheaper alternative. Volatile acidity test verifies if there is any steam distillable acids in the wine. Mainly present is acetic acid (the dominant component of vinegar), but lactic, butyric, propionic, and formic acid can also be found. Usually the test checks for these acids in a cash still, but there are other methods available such as HPLC, gas chromatography and enzymatic methods.

Wine is one of the most civilized things in the world and one of the most natural things of the world that has been brought to the greatest perfection, and it offers a greater range for enjoyment and appreciation than, possibly, any other purely sensory thing.

The amount of volatile acidity found in sound grapes is negligible, because it is a by-product of microbial metabolism. Because acetic acid bacteria require oxygen to grow, eliminating any air in wine containers as well as addition of sulfur dioxide will limit their growth. Rejecting moldy grapes also prevents possible problems associated with acetic acid bacteria. Use of sulfur dioxide and inoculation with a low-V.A. producing strain of Saccharomyces may deter acetic acid producing yeast. A relatively new method for removal of volatile acidity from a wine is reverse osmosis. Blending may also help—a wine with high V.A. can be filtered (to remove the microbe responsible) and blended with a low V.A. wine, so that the acetic acid level is below the sensory threshold.